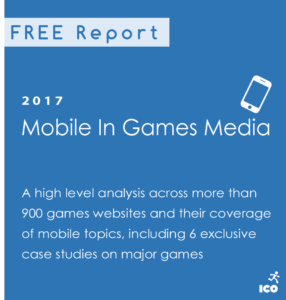 A high-level analysis across more than 900 games websites and their coverage of mobile topics, including 6 exclusive case studies on major games.

Mobile’s share of the gaming market is increasing, making up 25% of the European gaming market and almost 30% of the North American one in 2015*.  As consultants and excited consumers, we have kept an eye on how the video games media are picking up news about mobile platforms and titles in 2016.

With a year’s worth of data on mobile coverage and the interests of developers in mind, we aim to answer the following questions in this report:

Following up on the two reports that we released last year, we are releasing today another report looking at how video games media cover a specific topic. With the mobile game industry steadily growing year after year, we looked into how this segment of the industry was covered by specialist gaming media specifically.

Using a similar format to the one for the report written on VR in games media, we used the data we collect across more than 900 specialist websites in EFIGS to look at the volume of coverage dedicated to mobile topics during 2016. We also chose 6 mobile games and their coverage to analyse in more depth. Here are some of the findings. 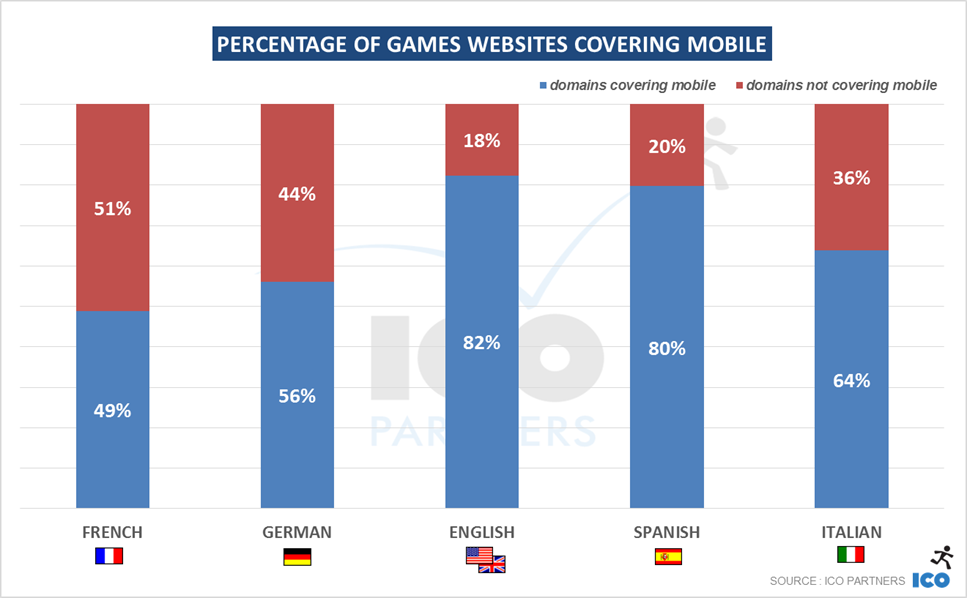 Looking at the lowest criteria, this shows the percentage of games media that made at least a passing mention of mobile platforms during the year 2016. Like with VR, English media are the most likely to cover mobile topics, just ahead of Spanish media.

What is interesting to see is that in French, German and Italian games media, VR is covered by a larger portion the websites. 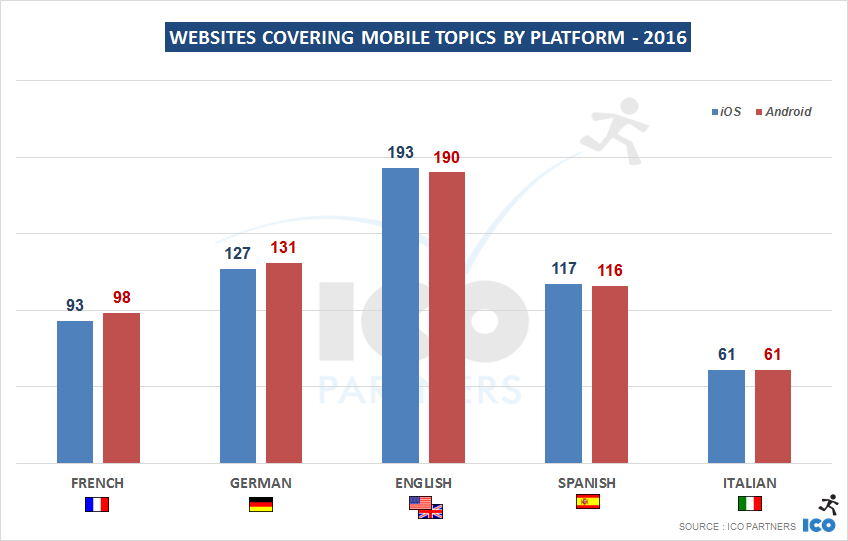 We were quite surprised to find out that, across all languages, both iOS and Android were fairly balanced in the number of sites mentioning them. There was no strong bias for either of the two platforms.

Pokemon Go is too big

2016 was marked by the Pokemon Go phenomenon, and we had to account for it in the way we presented our findings. For each language that we analyse, we present the “top games” with two graphs. One with all the games, and one without Pokemon Go. 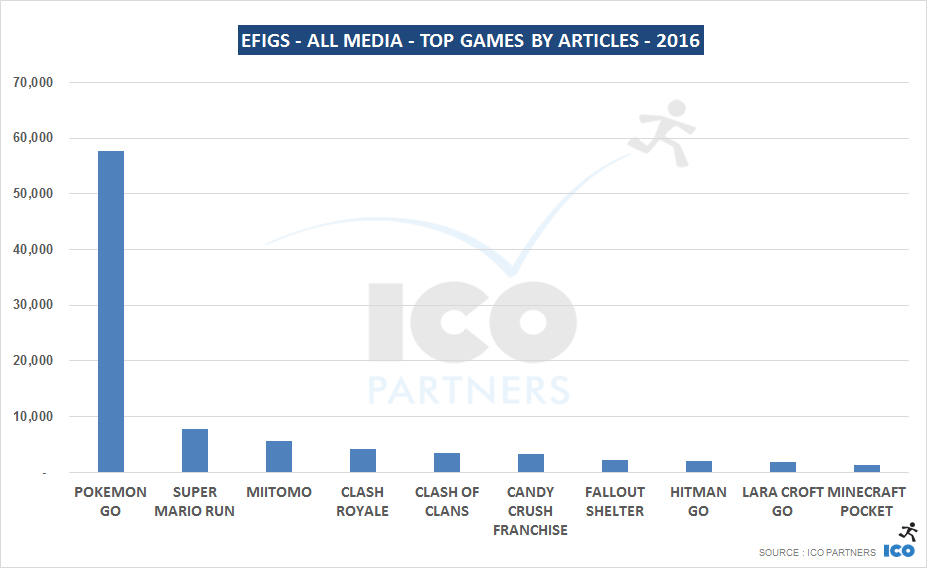 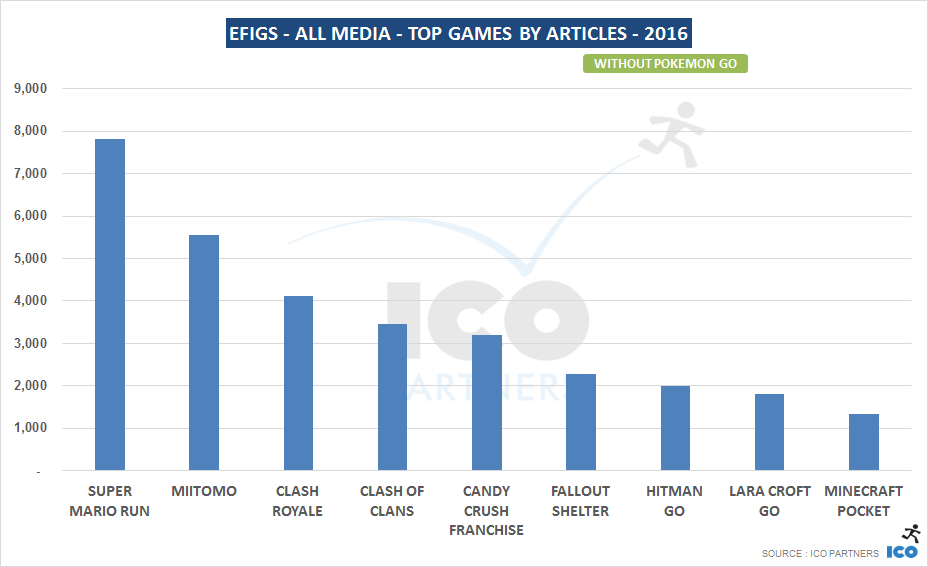 Interestingly, the other Nintendo mobile games got top spots as well, showing the stronger interest media have in mobile projects as soon as a major video game actor is part of it. In the graph above, out of 10 games, only 3 (Clash Royale; Clash of Clans; Candy Crush) are native to the mobile ecosystem. The fact that they are financially far more successful than these other games is irrelevant when it comes to the comparative volume of coverage they received.

Following video games news day-to-day tends to warp your perception of what represents a major announcement. Building case studies of specific mobile games was enlightening. The single most successful PR beat for Candy Crush Saga had nothing to do with the game, but was due to the announced acquisition of the game’s studio by video game giant Activision. The second most important event was the launch of Pokemon Go, where collateral mentions of Candy Crush were numerous enough to make it a major PR moment for the franchise.