Last week, I was attending the Web2Day event in Nantes (that’s in France if you are wondering) to talk about crowd funding. This is not a video game event, and so, I had to dive into our data on crowd funding to talk beyond games. Considering the audience was mainly composed of technology entrepreneurs (don’t let the name of the event fool you, there were a number of non-web companies represented there), that’s what I dissected this time around.

I usually look at the data when there is a specific need – whether I want to check on a trend or I am preparing for a conference – and it allows me to look at them with fresh eyes (usually). And so, as I was checking the different numbers for the technology category, it was nice to find out that the Oculus acquisition has had zero effect for Kickstarter projects that published their campaign after the announcement: 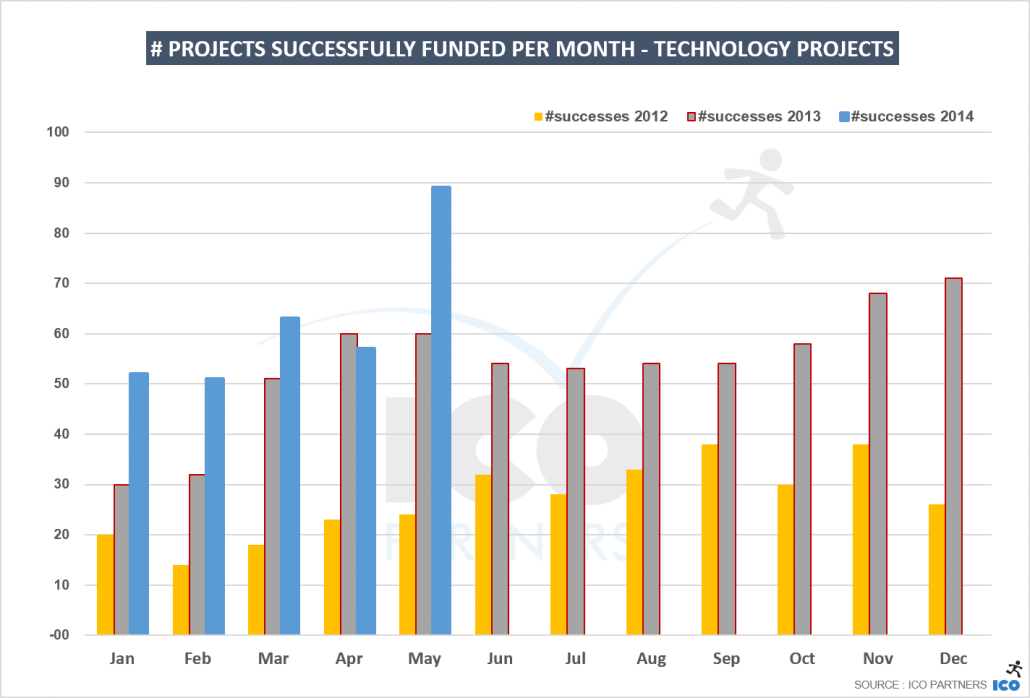 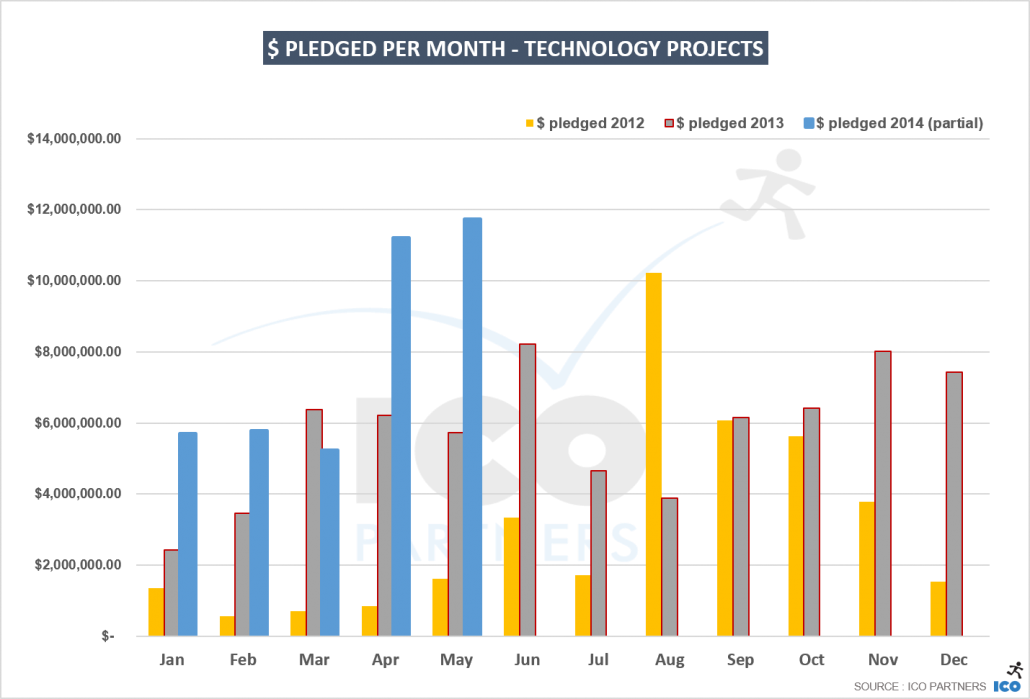 Whether you look at the total amount pledged or the number of projects successfully funded, it is clear that there has been no Oculus/Facebook backlash. And this is despite some very vocal negative feedback from disappointed backers (and early supporters) on that deal.

You can find the slides of the presentation on Slideshare as usual:

PR monitoring – The “who won E3 2014?” edition
Scroll to top
We use cookies to ensure that we give you the best experience on our website. If you continue to use this site we will assume that you are happy with it.Ok