As a follow-up from my previous blog post, intentionally quite theoretical, I thought I would give two very specific examples of what I consider good development to push the service side of a game.

While a lot can be done to improve the quality of the service of a game, I really believe that it is when a company is dedicating its most precious resource (developers) on pushing the level of the service quality that you know it has a genuine will to develop a service strategy. More than, say, opening a dedicated Customer Support department with hundreds of dedicated staff and limit the developers to only build new content and gameplay features.

It may be biased by my own personal experience, but I have seen a bit too often CS departments used as a stop gap for development shortcomings. It is too common to see a bug left unfixed by the development team, that would require a couple of days of an engineer’s time at worst, to have hundreds of hours of CS staff spent hotfixing the issue. But I digress.

Gold farming in MMOs is a plague. Some might argue it comes from flawed game economies, wrong business models and the like and I won’t go in that debate. Games have this type of economies because they feed the rest of the gameplay and a lot of the logic of players interactions and they are seen as good by their designers, and more often than not, by the players. Gold farmers are an unwelcome addition to these game economies, but the point of this post is not to say that they shouldn’t exist because they break the game economy. If we look at it from a service point of view, they have a strong impact on the quality of the experience through chat spam, phishing and scam targeting players, a lot of fraud through stolen credit card numbers, and more.

There are a number of ways you can try to limit the impact of gold selling companies, and none will ever be perfect, but if they can improve the quality of the user experience, then they are worth exploring. 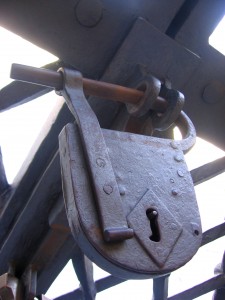 The latest attempt in the field has been made by Trion Worlds for their Pay-to-Play MMO Rift. The feature is quite elegant on paper and while it doesn’t tackle the whole Gold Farming problem, it deals with one of its most annoying related issue: account hacking. It is called the “Coin Lock” and while many Pay to Play games have had similar limitation systems in place for a while for their Trial offers (often used by gold farmers), it goes quite further. If you happen to log in the game from a location (based on your IP) that’s dramatically different from your normal location (based on your location when you registered and usually play), the account becomes Coin Locked:

Overall, it reduces the nuisance capacity of the hacker and although this feature might not be perfect, it is a good attempt in my eyes. Implemented successfully, it will limit the phishing attacks to some degrees. It will also build the player base trust in the system and the will of Trion to create a healthy game environment. And this is also probably only the first iteration of the system. One can hope that they will keep refining it, making it more and more efficient as they learn the tricks that work – and those that don’t.

As a new comer to the market, Trion has much to proved, and while Rift has been successful commercially, the fact that they push for these kind of development comforts me in their capacity to thrive as an online game service company. 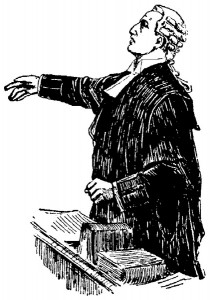 The second example I want to mention is the yet-unreleased Tribunal system being developed by Riot Games for League of Legends.

League of Legends is a great game – probably the one I play the most these days. But as with any competitive game, it comes with a trash talk culture and very low tolerance threshold for your fellow beginning players. As a service provider, you don’t want your newcomers to be insulted all the time, it doesn’t feed an healthy environment and might have a negative impact on both user acquisition and retention.

On the other hand, when your game is free to play and you have reached a certain scale, moderating this environment directly, mostly through your customer support and harassment  reports, doesn’t work. It is a question of scale.

What Riot Games has announced is what they call the Tribunal, a web-based tool used to crowdsource the management of the volume of those questions. The article on Kotaku describe the system in details – you can have a look at the very complete Kotaku Article article on the topic.

The Tribunal hasn’t been launched yet – and for all its elegance on paper, it might work, or it might not. Maybe it won’t adopted by the community, or flaws will be found and abused. Who knows? But you have to salute Riot Games experiment in this field. They have identified a problem anf they have worked to develop a new component of the service to address it. This is exactly the kind of actions that shows commitment to running the game as service and not a product.

In both cases you have a difficult problem, 100% related to the service of the game rather than the gameplay. In both cases, the companies could have decided to put a band aid on the issue by hiring a lot of dedicated customer support, or just ignore most of it and accept to see the quality of the service (not the quality of the game) suffer from it. And in both cases they decided to apply development resources (programming and design mostly) to address it in a more satisfying and more scalable way.

This, for me, is what running a game as a service is about.

Defining ‘Game as a Service’

Nordic Game 2011
Scroll to top
We use cookies to ensure that we give you the best experience on our website. If you continue to use this site we will assume that you are happy with it.Ok